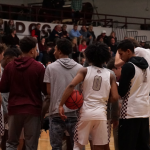 Despite the boys basketball team’s excellent start to the season, Bearden fans have not yet seen the most complete version of this group as the Bulldogs have been challenged with left over injuries from the preseason. Shamarcus Brown and UT signee Drew Pember, two starting seniors, have been unable to play or have had limited minutes due to 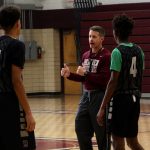 Bearden boys basketball kicked off its season Tuesday night in the Knoxville Area Jamboree and will play its first official game tomorrow at home against Morristown East. The Bulldogs had a historical season last year, getting the school record for wins with 38 and eventually losing in the state semifinals to eventual state champs Memphis East. If Bearden 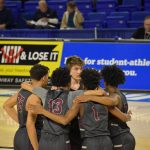 Bearden basketball’s successful, record breaking season came to an end Friday when the Bulldogs lost to a talented Memphis East team in the state semifinals. Memphis East (30-3), who won Saturday’s championship game, was ranked first in Tennessee and ranked sixth nationally. The Mustangs are also coached by former NBA All-Star Penny Hardaway, and their 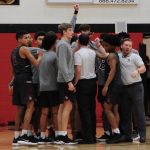 The Bearden boys basketball team begins what it hopes will be an exciting week to come when the TSSAA state tournament begins Wednesday. The Bulldogs will return to Murfreesboro for their second consecutive year to contend for a state title; they open the tournament with a quarterfinal matchup against Mt. Juliet (27-7) at 3:45 p.m. Eastern on Wednesday. Last 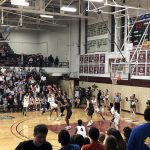 Bearden’s boys basketball won the Region 2-AAA championship on Thursday with a 74-57 victory over Powell, setting up a state sectional at home on Monday night at 7 against Dobyns-Bennett. The win Thursday was Bearden’s 36th of the year, a school record. The Bulldogs beat Oak Ridge on Tuesday night, eliminating the Wildcats from the 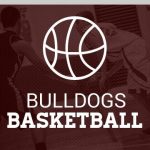 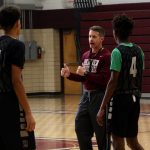 November of 2016 was the beginning of a new era for Bearden boys basketball with the welcoming of the team’s new head coach Jeremy Parrott. Upon his arrival, Coach Parrott promised to lead the team with emphasis on defense and character, and clearly his hard work has come to fruition. Coach Parrott was recently named District 4-AAA

Bearden’s boys basketball team got its second win of the season over fifth-ranked Cleveland on Monday night, but this win came a lot easier for the Bulldogs. The No. 2 Bulldogs dominated the Blue Raiders 93-76 on Monday after surviving 63-60 early in the season. Coach Jeremy Parrott credits the large margin of victory to his 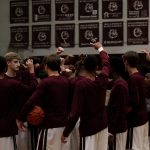 Justin Ketterl has fallen comfortably into his role as a true leader for Tennessee’s top-ranked Bearden’s boys basketball as the team’s only senior. “He’s solid,” Coach Jeremy Parrott said. “Justin is a solid kid, and I always like to have a senior or two that exhibit those qualities that Justin does. “When your seniors are steady and

Bearden basketball snuck out a 67-60 overtime victory against Fulton on Wednesday night at home. The Bulldogs (26-1) trailed Fulton (16-6) by as many as 14 and were down 18-6 at the end of the first quarter. “The problem was we weren’t scoring at a good clip; they were a little more physical and aggressive than we were,” Coach