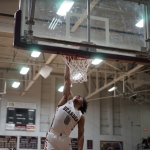 Bearden senior Ques Glover committed Monday to play basketball at the University of Florida next year. The point guard announced his decision on Twitter. Glover was named MVP of the Class AAA state tournament in March, as he led the Bulldogs to their first ever state title. “From day one (on the job) I just 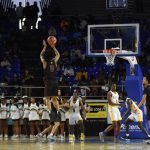 Bearden defeated Whitehaven 76-60 in the Class AAA state semi-finals Friday afternoon to advance to the state championship game for only the second time in school history. The Bulldogs will play Memphis East in the finals Saturday at 3:30 p.m. Central. The game will stream on nfhsnetwork.com. “This game was really big for us,” senior guard Ques Glover said.